“One of the greatest tricks the devil ever pulled was making people believe he didn’t exist” says Kevin Spacey’s character, Kaiser Soszay,  in The Usual Suspects.

Of course, today it seems ridiculous to believe in a bad guy in red tights with horns and a trident. But that was just an image Middle Age artists developed to try to convey evil in a way that spoke to their audience; what if we use an image for evil that speaks to us today?  What if I said Satan is a hacker.

Imagine him as a spiritual hacker – looking for weaknesses in your life to exploit and using your personal information against you.

END_OF_DOCUMENT_TOKEN_TO_BE_REPLACED

AS the mother of three teenagers I am learning many lessons about my parenting, and about my faith, through them.

For instance, one of my biggest issues with one of my teens is the lack of common courtesy, including please and thank you. 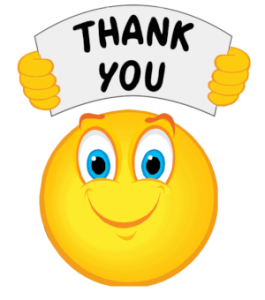 The lack of those two little words turns our relationship from parent/child to lackey/entitled ingrate. I don’t mind vacuuming floors, ironing clothes, making food or picking kids up from school, but a simple ‘thank you, Mum’ gives me great pleasure and the impetus to keep doing these things day in and day out. It says my child sees me, and acknowledges my small act of service as something I chose to do, not ‘had’ to do. It affirms my dignity.

I don’t need gifts or gushing praise, or even a hug (although they’re a rare gift from a teen) but just two or three words said sincerely is enough.

END_OF_DOCUMENT_TOKEN_TO_BE_REPLACED

IF you have never the read the Gospels (the books Matthew, Mark, Luke and John in the Bible) or have read them but found them hard to imagine as history and difficult to picture as real life events, then may I encourage you to watch the free series The Chosen about the life of Christ on The Chosen app?

With a 8.5 user score on IMDb with over 5,000 user reviews, making it the highest-rated faith project of all time, and 100% critic score and 99% audience score on Rotten Tomatoes, this is not some painfully acted, poorly crafted Sunday school project.

The Chosen has surged into IMDb’s Top 250 All-time series list. It joins other prestigious series like Netflix’s The Crown and HBO’s hit series Band of Brothers and Chernobyl as the most highly rated historical dramas. Dubbed into Spanish, Portuguese, and Russian, besides its original English, it is currently being watched in nearly every country on earth. END_OF_DOCUMENT_TOKEN_TO_BE_REPLACED

BE anxious for nothing. This is one of the strangest commandments in the Bible.

First of all, there is an awful lot to be anxious about – coronavirus for a start; climate change, child abuse, domestic violence, North Korea, species extinction, incoming asteroids, financial disaster, difficult relationships, online bullying, weight gain … You name it and we can worry about it!

END_OF_DOCUMENT_TOKEN_TO_BE_REPLACED

IF you are not a Christian but are thinking of becoming one, there is something important you should know: it may cost you your life. Not just figuratively, either – literally. Christianity is not for weaklings, do you even have what it takes?

END_OF_DOCUMENT_TOKEN_TO_BE_REPLACED

THE movie Unplanned about the experience and change of heart of former Planned Parenthood director Abby Johnson, is confronting viewing.

Abby experienced two abortions herself – one surgical and one chemical – and facilitated thousands of others before assisting in a surgical abortion where she watched on the ultrasound as the baby fought for its life.

That was the point where Abby realised they weren’t ‘eliminating tissue’ but killing children. She left the industry the next week.

END_OF_DOCUMENT_TOKEN_TO_BE_REPLACED 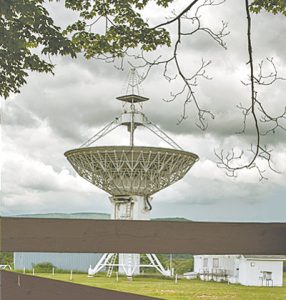 THE Green Bank Observatory, in West Virginia (pictured), is a cluster of radio telescopes in a mountain valley. According to The New York Times‘s Pagan Kennedy, these giant devices are “like superhuman ears—they can tune into frequencies from the lowest to the highest ends of the spectrum.”

However, as even a short-circuiting electric toothbrush could interfere with their signals, the residents of Green Bank do not use mobile phones, Wi-Fi, microwave ovens, or any other devices that generate electromagnetic waves, and it has become a haven for those with the debatable disability of electromagnetic hypersensitivity.

Kennedy calls their town “the land where the Internet ends.”

END_OF_DOCUMENT_TOKEN_TO_BE_REPLACED

THERAPEUTIC or cognitive reframing is defined as “looking at a situation, thought, or feeling from another angle, thereby altering its meaning.” In other words, the situation itself doesnt change, just your perspective on it.

Counsellors and psychologists use this technique to help clients work through problems, and I have found that God is an expert at therapeutic reframing. So many times I have handed problems or hurts over to Him in prayer and nothing outwardly has changed, but my whole feeling towards a person, memory or situation has been altered, thereby helping me to bear it or to forgive.

This has happened so often, my prayers are now more “Lord, change how I see this” rather than “Lord, take this away!”

END_OF_DOCUMENT_TOKEN_TO_BE_REPLACED

“About eight months ago,” Caroline Zielinski writes in an opinion piece for ABC news, “I did a very scary thing. I quit my job to search for meaning — and it dramatically improved my health.”

END_OF_DOCUMENT_TOKEN_TO_BE_REPLACED

Aussie icon Cliffy Young epitomised a persistant endurance we would all do well to emulate.

POTATO farmer Clifford Young became an Australian legend in 1983, winning the ultramarathon between Sydney and Melbourne ten hours ahead of his nearest competitor.

But what made Young’s win truly astonishing was that he was 61 years old at the time, and showed up for the race wearing overalls and gumboots, minus his dentures! Cliffy, as he became affectionately known, also ran with a slow, loping shuffle, and, compared to all the younger, kitted out athletes with their fast pace, it didn’t look like he had a hope.

What Cliffy did have, though, was endurance. Over the five-day race, while his competition slept for six hours a night, Cliffy just kept running, sustaining an average speed of 6.5 km/h (4 mph), and eventually finishing almost two days faster than the previous record.

It sounds like the story of the tortoise and the hare doesn’t it?