Grace. You might know it as a girl’s name or a prayer at meal times, but that is not the amazing kind of grace I want to talk about here.

Grace is a Biblical concept that basically means getting something we don’t deserve (sometimes paired with the term mercy, which means not getting what we do deserve).  For instance, getting a promotion when we deserve to be fired, or getting a prize when we deserve a fine.

Christians talk about the grace of God in terms of us receiving His undeserved, free forgiveness which is not earned by moral living, but accepted as a gift, through faith.

John Newton, the man who wrote the well-known hymn Amazing Grace, had been a slave trader before he became a Christian and understood well how mind-boggling it was that a holy, righteous God could wipe away all his sins and the atrocities he had inflicted on his fellow men and ‘wash him white as snow’.

In more modern times there exists an even greater poster child for the ‘amazingness’ that is the grace of God – serial killer Jeffery Dahmer. Also known as the Milwaukee Cannibal or the Milwaukee Monster, Dahmer killed 17 men and boys from 1978 to 1991. He was also guilty of rape, child molestation, necrophilia, cannibalism, torture and dismemberment. 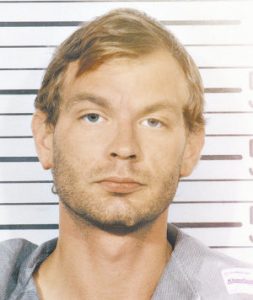 Beyond redemption? Not for God. Dahmer, sentenced to 16 terms of life imprisonment, became a Christian while he was in prison.

In the book Dark Journey, Deep Grace, minister Roy Ratcliffe details how he came to learn of Dahmer’s conversion in prison, how he baptised ‘Jeff’ as he refers to him and then had regular Bible studies with him until Dahmer’s murder by a fellow inmate seven months later.

Roy is utterly convinced that Dahmer’s conversion was genuine and that his repentance and remorse for his crimes were sincere.

He said one of the most surprising reactions he received when telling people of Dahmer’s conversion was the response: “Well if Jeffery Dahmer is in heaven I don’t want to go there!”

The first is that grace leaves us as we are. It doesn’t. The grace of God is grace because it totally revolutionizes our thinking and desires. It changes us from the inside out. Christians talk about being ‘born again’ to convey the concept that they are totally new people, with different goals, motivations and passions. Christian baptism symbolises dying to the old self and rising up as a new creation. Grace makes us more like Jesus.

The Jeffery Dahmer in heaven is unrecognisable from the criminal he was here on earth. All the hurt and abuse that made him what he was is healed; all the wrong choices and evil desires are gone and the internal spirit of Jeffery Dahmer, which was a dead, shrivelled thing before his conversion, is now alive, whole and free.

The transformation from spiritual death to life came about for Dahmer because a woman called Mary Moll read of his crimes in the newspaper and decided that if anybody needed Jesus it was this mass murderer, so she sent him a Bible correspondence course in prison. Others, including his Christian father, also sent Jeffery reading material and Dahmer gradually began to realise that despite what he had done, God was offering him eternal life if he would just repent (turn away from his evil ways).

The second major misunderstanding most people have about grace is that we don’t need as much of it as Dahmer did. We think that our sins aren’t all that bad and that somehow we deserve heaven more than a cold-hearted killer or a homosexual rapist.

The truth is we don’t.

Grace is grace because none of us deserve it. None of us could earn God’s forgiveness if we had a million lifetimes. ‘Small’ sins – lying, pride, selfishness, unkindness, lust, theft, blasphemy, pornography etc. – deserve hell just as much as Dahmer’s did.

That is a bitter pill to swallow but until we understand how offensive our sins are to a holy and righteous God, we cannot truly appreciate how very amazing His grace is towards us.

On the other hand, you may have done some atrocious things that you think disqualify you from ever turning to Jesus. Jeffery Dahmer is proof that NOTHING is too awful for God to forgive, you just have to be humble enough to ask.

The only way to heaven for any of us is through acceptance of the life and death of Jesus Christ on our behalf – His grace (forgiveness and imputed righteousness we don’t deserve) and mercy (not receiving the punishment of hell that we do deserve).

At Dahmer’s funeral Roy said: “Jeff turned to God because there was no one else to turn to, but he showed great courage in his daring to ask the question, ‘Is heaven for me too?’. I think many people are resentful of him for asking that question. But he dared to ask and he dared to believe the answer.”